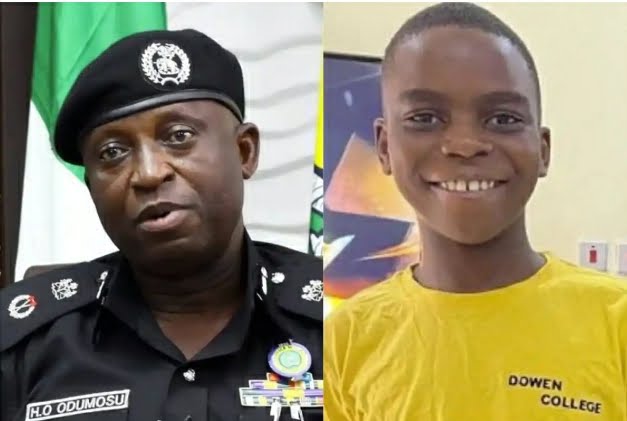 This follows the acquittal of five students and staff members detained in connection with the 11-year-death old’s by the Lagos State administration.

At a news conference earlier today, Odumosu indicated that there was no proof to back up the bullying claim. He said that eight people were apprehended throughout the investigation.

After doing autopsy tests to identify the cause of Sylvester’s death, the commissioner discovered that he died as a result of health issues, not bullying, as previously stated.

“At the second autopsy, we discovered a pronounced pallor of the organs, pneumonia (lung infection), infections of the liver and kidneys, as well as the heart.” The ankle infection mentioned previously in the report was the source of these infections. These observations were also validated by microscopic sections.

Septicaemia killed him after he contracted illnesses in his lungs and kidneys as a result of the ankle wound.

This body shows no signs of blunt force trauma.

Chemical poisoning is not supported by the observations in the oesophagus and stomach. In this circumstance, death is unavoidable.” According to Odumosu,

Everyone is charge in this scheme will never know peace, wrote emperor jey.

Sylvester’s family should take the customary approach of dealing with this problem.

How can two pathologists say two different things in a dead body, wrote papi demillie. Chemical poisoning caused acute lung harm, according to one. There is no update on the toxicological report, according to police. Septicemia, according to a second pathologist ( which yes can lead to cause of death). What about acute oral ulcers, please?

I’m starting to lose faith in this system. On the abdomen, there was blunt trauma. Is it possible that a leg infection or septicemia is to blame? Let’s be sensible about this. There are a lot of unsolved questions in this article.