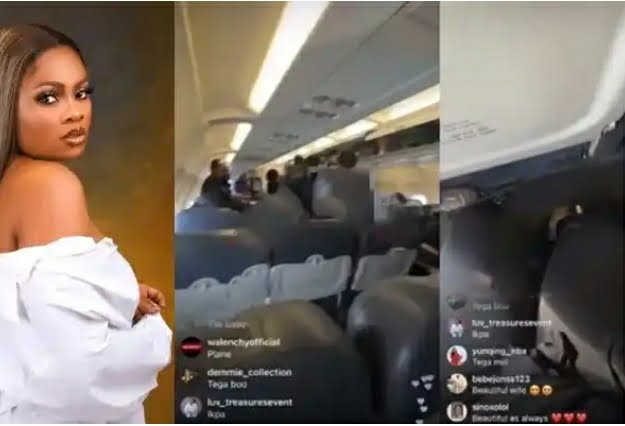 Tega of BBNaija Dominic has spoken out against Pepsi’s hiring of an airbus to transport her and some of her Shine Ya Eyes colleagues to the One Africa Music Fest in Dubai, United Arab Emirates.

The vacation is part of a prize package that most of them won as tasks during their time on Big Brother Nigeria 2021, which included a flight to the One Africa Music Fest Week.

Tega, on the other hand, expressed reservations about the aircraft’s condition in terms of the distances between each seat in an Instagram Live video. Tega, who had seen Pere, was perplexed as to how a business class cabin could have such a limited space between the seats.