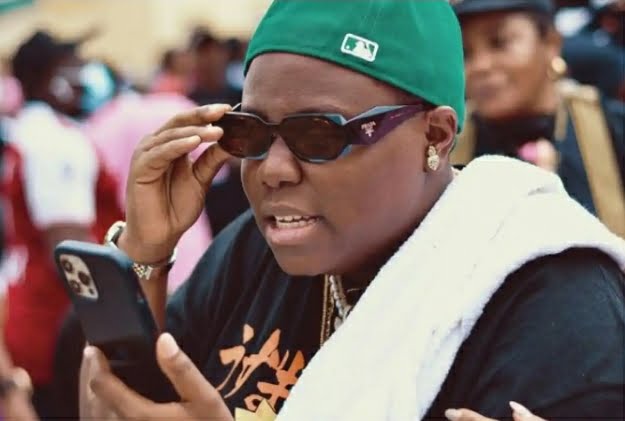 A die-hard fan of the Nigerian singer, Teni has called her out after her management failed to deliver on a N100k promise the singer made to him while performing on stage in Ibandan.

This comes shortly after the upcoming billionaire blessed a male fan with an amount of N500K while perfroming on stage in Edo Stage.

According to the fan, when Teni was thrilling her fans in Ibadan with an electrifying performance, he decided to climb the stage with the singer but was pushed back into the crowd by her bouncers of which he sustained an head injury.

Upon noticing the abuse the fan was made to suffer, Teni called him back on stage and said that she cannot come to the State without blessing one person, hence she asked the fan to go back stage to see her manager for an amount of N100k.

The fan stated that he called the manager’s number the next day but he gave an excuse that the singer was busy and would get back to him when she is less busy. He called back the following day and was told the same excuse and after that, the manager refused to pick up his calls or reply his messages. He went further to even tell the manager that his family was depending on that money but he was still ignored.

He later retrieved the footage where Teni made the promise from a friend just to prove that he was not fabricating stories. However, Teni has not come out to deny or confirm these claims made by the fan, neither has her management.

Na My Car Be This: Whitemoney Screams Out of Excitement As He Finally Receives New Whip From Innoson Vehicles

I Go Press Una Neck Tire: BBNaija’s Boma Reacts to Claims That He Didn’t Go Shopping in Dubai With Colleagues

A bodybuilder brings his second sex doll bride on a honeymoon to Bulgaria.