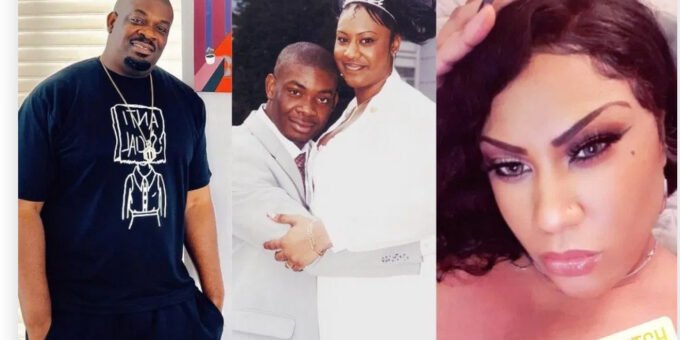 Marvin records label boss, Don Jazzy, has sparked a lot of conversations on social media after he finally opened up on his love life for the first time.

Don Jazzy shared a photo of himself and his first wife and stated that about 18 years ago, he got married to his best friend at the age of 20, however, he made music his topmost priority and could not spend much time with his wife. Unfortunately, the marriage ended because he chose music over the relationship.

Reacting to this, Don Jazzy’s ex-wife, Michelle Jackson took to her Instagram page to appreciate him for speaking about her for the first time after their marriage broke years ago.

Michelle also thanked her family and close relations for keeping their marriage a secret until this day and for loving her just the same even after the relationship broke.