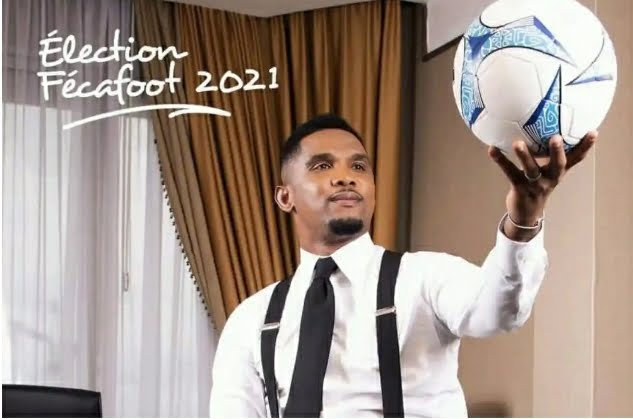 Samuel Eto’o, a former Barcelona striker and Cameroonian, has been voted as the new president of the Cameroon Football Federation.

After today’s voting, he was chosen president of one of Africa’s most influential football federations.

His election comes at a time when Cameroon is ready to host the entire continent for the AFCON 2022, which will begin in January 2022.

He would also like to rekindle Cameroon’s passion for football in order to return the country to its proper place in Africa’s football scene.

In other news, Ghana’s Black Stars are hoping to win the 2018 African Cup of Nations for the first time in nearly four decades.

The team is now camped in Dubai, under the management of Serbian coach Milovan Rajevic, with the competition slated to take place in Cameroon.

Morocco, Gabon, and the Comoros are all in the same group as the team.