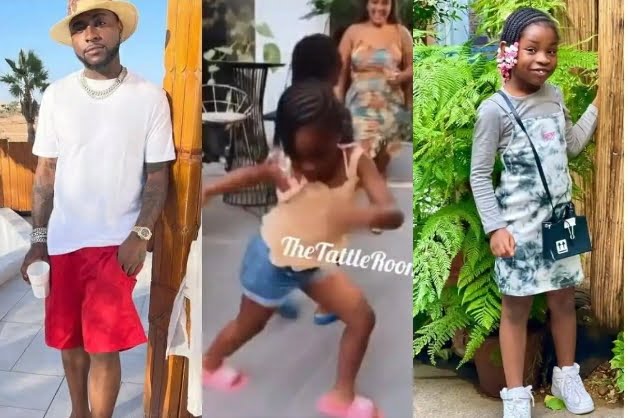 The apple they say doesn’t fall far from the tree and this video of Imade dancing at a party just confirmed that saying as her dancing moves sucks just like that of her dad Davido.

Imade was dancing with one other guy at the party and looking at how she was kicking her legs as if she was playing football, the young boy quickly left the circle for Imade alone to show off her dancing moves that weren’t encouraging at all.

MORE:  BBNaija I Am Not Interested In Cooking For Any Housemate Again – Whitemoney

Some netizens reacting to her dancing moves were saying she sucks at dancing just like her father Davido while others advise the father to enroll her in a dancing school since he has the money to do that and she’s still young to be able to learn.

Some people think going to a dancing school isn’t necessary as she wouldn’t need it for anything but others think she needs it because of her status thanks to her father as she might be invited to places that require her to dance and she can’t keep disgracing herself like this.