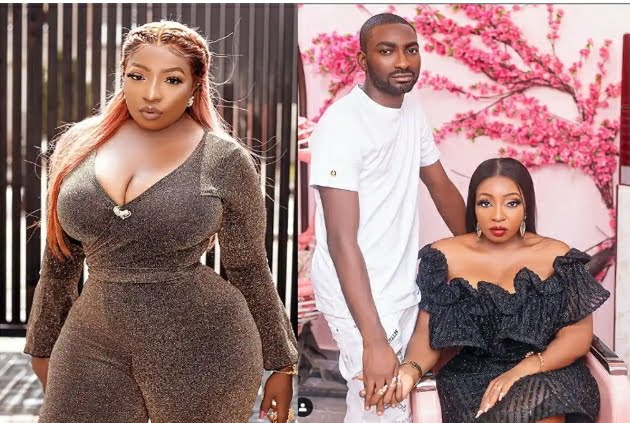 Anita Joseph has responded to individuals who are displeased with a video of her husband, MC Fish, massaging her feet in public at an event hosted by her colleague Iyabo Ojo.

The video shows MC Fish massaging Anita Joseph’s feet in front of nearly everyone at the event, and he kissed her feet at one point, seeming all delighted, however some people believe that doing so in public is excessive.

But knowing Anita Joseph and MC Fish, they saw nothing wrong with what they did in public because it’s just a way for them to express each other love, and they’ve done worse, so it shouldn’t have surprised anyone.

MORE:  Wizkid’s Made In Lagos Predicted To Be Nominated For Grammy’s Album Of The Year

However, those who believe she is taking advantage of MC Fish’s affection for her by asking him to do all of this for her have expressed their displeasure, and she has responded by urging them to despise her because she doesn’t care about any of them.

Anita Joseph is usually there to defend herself whenever a post of hers goes viral and people criticize it or her conduct in a video, and she has made it obvious that she doesn’t care what anyone thinks about her love activity with her spouse MC Fish this time around.