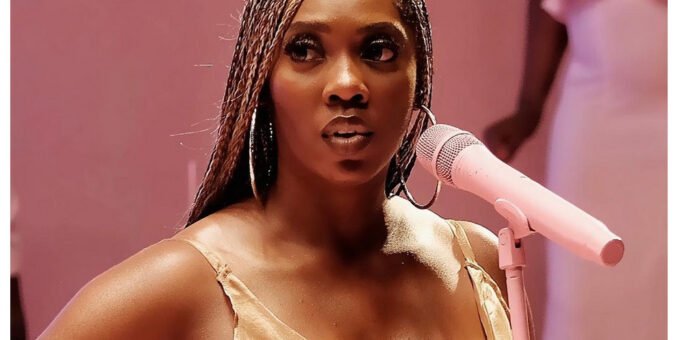 The news reaching us is that Nigerian Songstress, Tiwa Savage, fainted amid a video shoot.

This News was reported by DJ Spinall, born Desmond Sodamola. He divulged this whilst speaking in an interview regarding his music video. According to him, Tiwa Savage gave him a verse on his song and accepted to shoot a video with him. However, she fainted amid the process.

He gave her the needed respect and appreciated her efforts. The award-winning songstress is always in the industry with good energy. She always releases new songs in order to keep her name in the System. She has been considered one of the best musicians globally.

Her success in the industry started when he was signed by the CEO of Marvins Records, Don Jazzy. Dj Spinall explained how glad he was and indicated that she fainted because of Stress as he didn’t give her the chance to have enough rest.

“We had the record and we shot the video in London. She actually fainted at the video shoot because she was exhausted from a long trip and I forced her to come for the video shoot right away. So she collapsed on me and I was scared. Then she came back up and still gave me the second verse” he told American media personality, Ebro Darden.