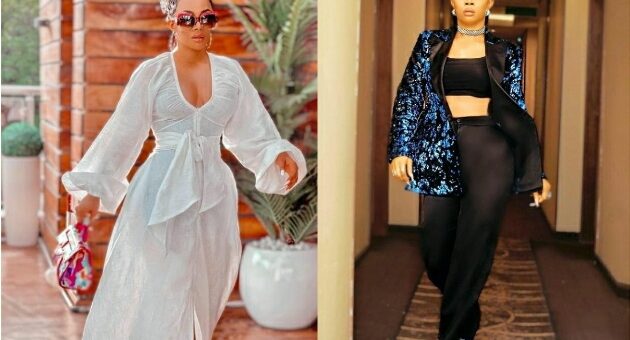 OAP Toke Makinwa has slammed a man who accused her of sleeping with men to get to the top after advising young ones to work hard.

Toke Makinwa in her post advised young ones climbing up to stop feeling entitled and work their way all up like every other person and also stop comparing someone’s success to their beginning because it’s never the same.

According to Toke Makinwa, many young people want to succeed and excel in whatever they do but aren’t ready to sacrifice and learn from their mentors as she uses herself as an example sharing some of the troubles she has been through.

A man reacting to her post accused Toke Makinwa of sleeping with men to the top but then is pretending to be a hardworking person motivating others to work hard as if she worked hard to get to where she is now.

Toke Makinwa replying to the man didn’t take it lightly on him slamming him that even if she slept with men to the top why don’t he also sleep with women to the top since he thinks even doing that is easy for women to do.

The misconception many people have about successful women is that they always sleep with men to get to the top, which is usually not true and that is what this guy is thinking of Toke Makinwa hence accusing her of that.