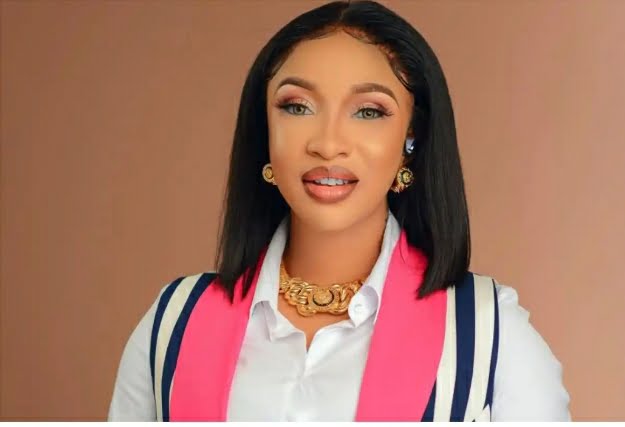 Tonto Dikeh, according to the female preacher in the viral video, isn’t even human by birth, and she pities men because there are some women who, once you tell them you love them, there’s no way out.

Some internet users reacted to the video by urging Tonto Dikeh to arrest the woman and force her to clarify what she means when she says she isn’t human, as well as give her exactly what she wants and make things right.

Others wondered why people continue to attend the church of the woman who is criticizing individuals she presumably doesn’t know anywhere, and if she never saw Nigeria’s future but simply saw Tonto Dikeh as a non-human being.

Tonto Dikeh has yet to respond to the woman’s charges, despite the fact that numerous netizens have already come to her support, condemning the pastor for stating she isn’t even human by birth.