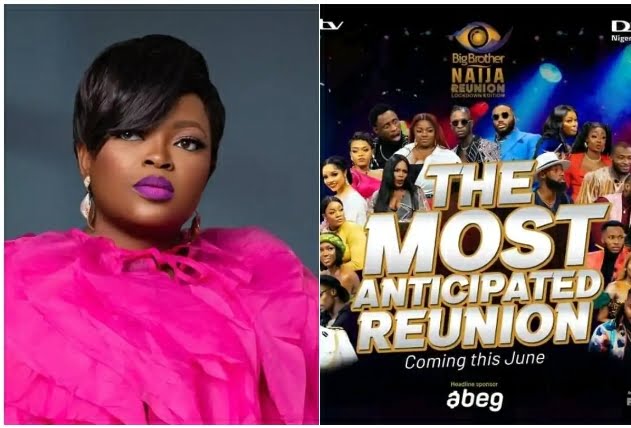 Nollywood actress, movie producer, and filmmaker Funke Akindele has taken to her page to react to the ongoing Big Brother Reunion.

Season 6 Big Brother Reunion has caused a lot of drama and controversies on social media. The housemates have made shocking revelations about each other on the reunion show. There have been so many attacks, insults, and the use of vulgar words on each other.

Some damning revelations have come out from the housemates and has caused a lot of reactions on social media. Social media users have expressed shock and disbelief over some of the revelations.

Nollywood actress Funke Akindele has also reacted to the ongoing reunion. According to her, the hate, jealousy, bitterness, disrespect, and anger amongst the housemates are unbelievable. She stated that she does not feel like watching the show anymore because it gets her angry.

“Chai!! Too much hate, anger, jealousy, bluntness, disrespect. I beg I no watch again!! I no wan enter television dey fight”.

Some of her followers have reacted to her post…..

@Nefo: Look scripted to me. People can’t be this open and ****** in real life knowing they are being watched

@Mhz Mercy: But why will anyone put their name, reputation and future endeavors on the line because of this. Why will I allow my name to be associated with this because I want Big Brothers script to sell? This things are embarrassing.

@Egbe: I almost slapped neo, chaii such a lier. #BBNaijaReunion

@Rosegold: Whom God has blessed, no man can course.. Nengi is blessed. Ka3na is just a bitter lonely woman Nengi ignore game on her is driving her more crazy

MORE:  ‘Your Faith In Yourself Is All You Will Ever Have So Don’t Let Anyone Take It Away From You’ – Georgina Onuoha

@Vendor abbey: The way this country is going now we can’t sit with the children in living room watching TV anymore with the rubbish on this bbnaija.