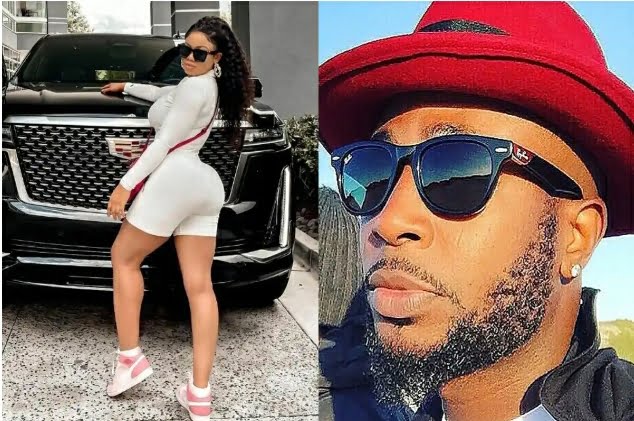 Nina Ivy, a BBNaija reality show actress, has issued a strong warning to Tunde Ednut, requesting that he remove her from his page after he made a post about her that was dragged by his fans and followers.

Tunde Ednut tweeted on his Facebook about Nina Ivy stating Potable’s song with Olamide is overhyped, and his fans and followers dragged Nina Ivy by saying all sorts of derogatory things about her, which enraged her to the point of retaliation.

She posted a post asking that someone tell Tunde Ednut or whatever his name is to stay away from her because he typically doesn’t fvck with her, and that he should put her on his page so that people can drag her and call him a tiny man on his page.

It’s not surprise that Nina Ivy was enraged by some of the comments from Tunde Ednut’s fans and followers, and that she sent a Stearns warning to him, telling him to keep her off his page forever.

Sharing her views about the song isn’t a crime as everyone has the right to share their views about something and she thinks the song is overhyped after listening to it, it didn’t have to warrant such insults but guess some people were just waiting for her to say something they disagree with.