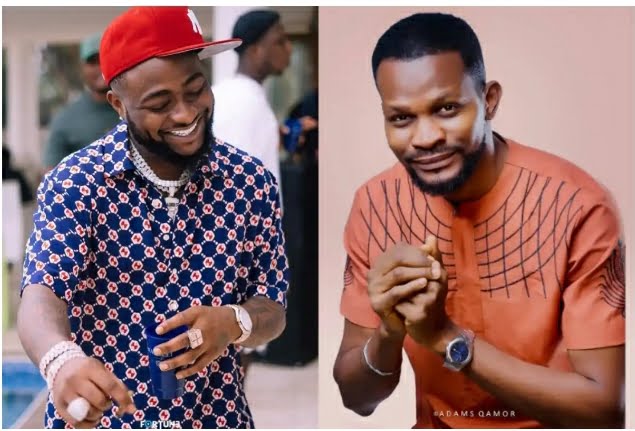 Controversial Uche Maduagwu, a Nollywood actor, has slammed 3O Billion Gang founder David Adeleke, better known by his stage as Davido, for seeking funds from his fans and colleagues on social media.

It was just a few days ago that Davido sent out a tweet revealing his bank account number and requesting that his fans on social media bless him, particularly those who have been amused by his successful songs over the years.

When Davido’s friends, followers, and loved ones charged his account with around N1 million each, what appeared to many as a joke developed into a multi-million-dollar scheme.

Davido, overwhelmed by his fans’ and loved ones’ generosity, took to Instagram to provide a list of nearly all of Nigeria’s celebrities who have deposited substantial sums of money into his Wema bank account.

After making the account number public, Davido was able to raise up to N184 million in less than three days. Obviously, some people will be concerned about why one of Africa’s wealthiest singers would use social media to seek donations from his fans and colleagues.

Despite boasting of having $30 billion in his bank account, Uche Maduagwu, an outspoken social media celebrity, has stated that Davido has most likely gone bankrupt. He claimed that superstars should give money to their fans rather than the other way around.

He challenged Davido to reveal that he is broke so that more people will donate to him instead of ‘begging’ for money under the guise of seeing how much he is loved.