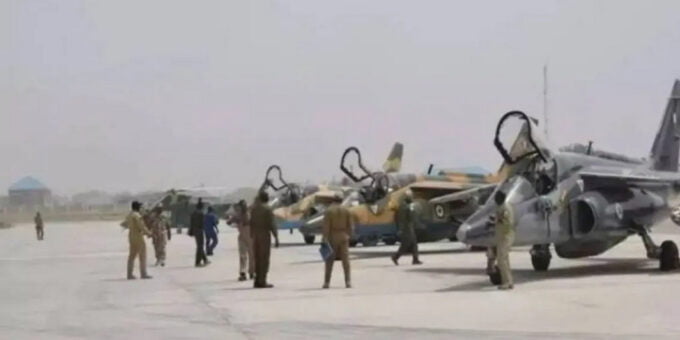 The Nigerian Air Force has stated that its Alpha Jet aircraft that went missing during an operation in Northern Nigeria on Wednesday, March 31, might have crashed.

This update came as the names of the missing pilots were released.

Yesterday, the force stated that the aircraft lost radar contact while on a mission in Northern Nigeria.

The aircraft was supporting troops at one of the Theatres of Operation in the Northern part of the country, according to the brief statement.

A recent statement released by Edward Gabkwet, the Director of Public Relations and Information at the Nigerian Air Force, states that the intelligence report gathered so far indicates the aircraft might have crash. He gave the names of the pilots as Flight Lieutenant John Abolarinwa and Flight Lieutenant Ebiakpo Chapele.

Read the statement below;

”Intelligence report gathered by the Nigerian Air Force (NAF) indicates that the Alpha Jet aircraft (NAF475) that went off the radar with 2 crew members on board on 31 March 2021 might have crashed.

At this point, the NAF is not ruling out anything regarding the incident. It however remains hopeful that the crew would soon be found and rescued.”