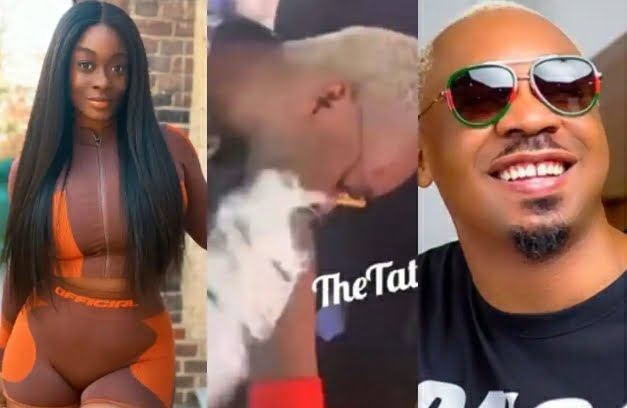 BBNaija reality show star Uriel Oputa has expressed how enchanted she has been with the kisses of Pretty Mike of Lagos at an event saying she hasn’t experienced this sort of greetings all her years.

Uriel Oputa shared a video of Pretty Mike of Lagos passionately kissing her hands as a form of greetings at an event and her reaction to that shows that she wasn’t expecting such but then also enjoyed it very much when he kissed her hands.

According to her, she has never experienced this sort of greetings from anyone in her life and this is her first time which got her enchanted and got her over the moon adding that Pretty Mike of Lagos is a whole vibe.

When it comes to Pretty Mike of Lagos everything is possible as he tries to get the attention of everyone at any event he attends by doing something out of the ordinary and guess this time around he decided to enchant Uriel Oputa with his greetings.

Some netizens reacting to the video were saying Pretty Mike of Lagos is just trying to get closer to Uriel Oputa and make her one of his numerous baby mamas while others ask of the whereabouts of his 10 baby mamas that’s he’s making moves on another woman.

Uriel Oputa is single and ready to mingle based on a post she made on Instagram hence there’s nothing wrong if this action of Pretty Mike of Lagos sparks a romantic relationship between them very soon.