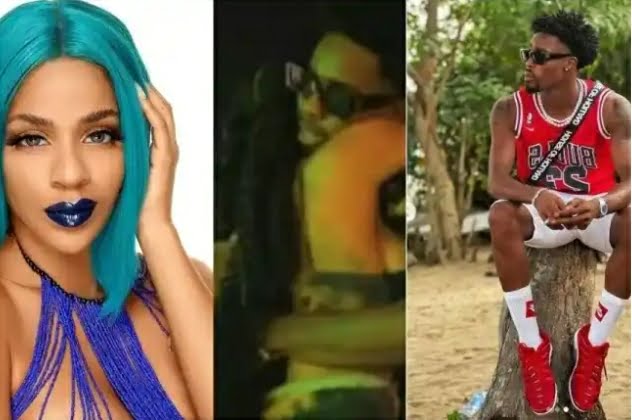 On social media, a sweet video of Big Brother Naija’s Neo and his cousin Venita, who is also a past BBNaija housemate, hugging as they finally make up has gone viral.

Recall Venita has always been against Neo’s connection with Vee, a finalist on Season 5 of BBNaija, and the two have been at odds for a long time, but they have now addressed their differences.

Neo and Venita were seen hugging fiercely and being cheered on by some of their fans and friends who were present after they met for the first time in a long time.

Since then, the video has elicited a variety of responses on the internet. Some internet users mocked Vee for being dragged through the mud, while others suggested that family is everything.

Below the video, we’ve compiled a few comments.

“This comes after Neo left Vee and Vee was instructing us to mind our own business…. of all the things to eat this holiday period, Vee chose BREAKFAST,” elvisranking says.

“But honestly, who else thinks it was Vee who served him breakfast? She seems quite calm n unperturbed..for him to hurry back to his cousin shows na him Dem offer breakfast tray,” says officialbobbyfrederick.

“…so the relationship doesn’t scatter true truth?” says Sirtija. The hug has a “shebi, I warned you about her” feel to it.”

“Thought vee and neo would be the bamteddy and khadoni of their set,” poshest hope remarked. So the relationship isn’t going to end?

“Because he’s no longer with Vee?” says amakamaya. It’s safe to say Vee escaped with her life. “What the hell is going on?”