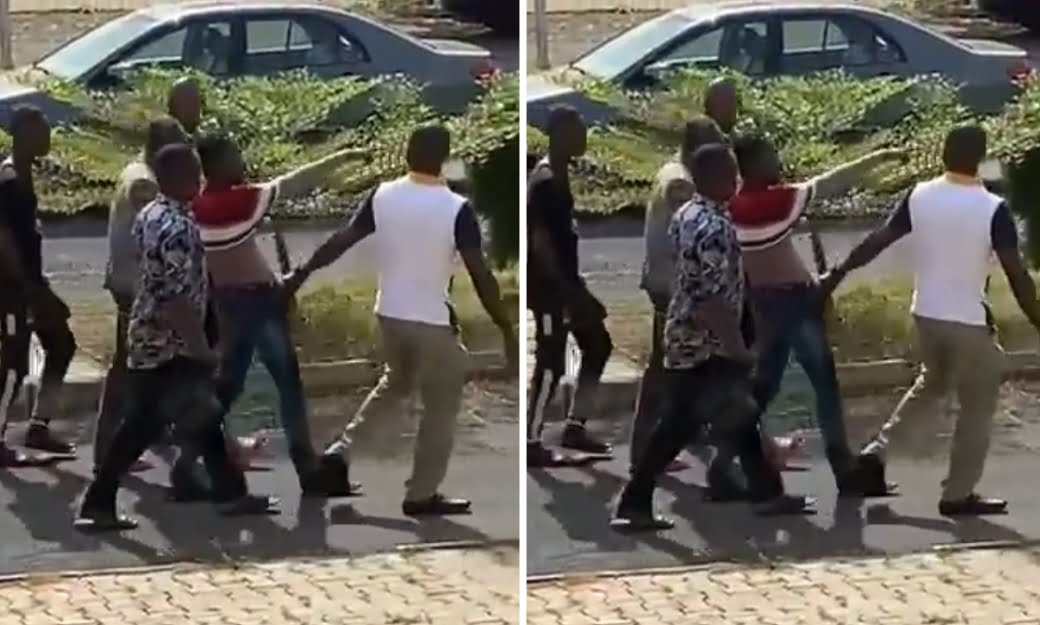 Students at UNILORIN were caught on camera beating a lecturer to a stupor.
Nigerian news Wothappen sighted that Abdulwaheed Waliu, a 400-level microbiology student from the Faculty Of Life Sciences at the University of Ilorin, Kwara State, northcentral Nigeria, has been charged with assault.

According to an online news source, a student at the University of Lima, known as Captain Walz, sought the assistance of a lecturer after failing to complete an industrial work experience (SIWES).

Mrs. Zakaria, a lecturer at the university, has been named as the suspect’s supervisor. Because he hadn’t completed his SIWES, he went to her office to ask for her assistance.” Upon his arrival at her office, he began pounding on the table and assaulting the woman, who retaliated by verbally abusing him.

Wothappen Nigeria learned that the lecturer tried to flee and kept pleading for help, but no one could hear her cries for assistance. Her department’s building was just across the street when he dragged her outside and began striking her. His escape was foiled by the school’s security officials when witnesses noticed him fleeing the scene. The lecturer was unconscious for a short time before she was able to be roused.”

Please watch the video till the end.