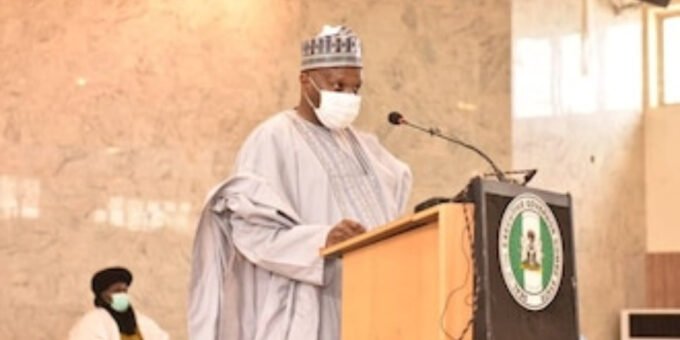 In what seems like a drama, some single women in Gombe state have cried for help over their inability to secure men who would seek their hands in marriage.

The Nation reports that the ugly trend had continued some years in the northwest part of the country, adding that hundreds of single women led by Suwaiba Isa had stormed Zamfara state, to protest the scarcity of husbands for more than 8,000 of them in September 2013.

Wothappen.com gathered that Oba of Yoruba in Gombe, Abdulrahim Alao Yusuf, said that 60% of the non-indigene population in the state is made of people from the southwest part of the country.

One of the residents of Gombe state, Godiya Adamu, said at 35, she is yet to find a husband, blaming the situation on her inability to find a man who is serious about marriage.

She revealed that she had been in about five relationships without meaningful results before she eventually gave up.

“What would I do? I can’t force myself on men if they do not come. As far as I am concerned, life continues with or without a husband.”

Speaking on the issue, Abigail, a mother of two, said she deliberately chose to be a single mother so that she might have peace of mind, adding that she chose to be single because she could not play the second fiddle in a marriage.

“I live in my own house in this Gombe with my children. I am their mother and their father. I have friends who prefer that the man should not make their existence known to the wife at home and they are comfortable with it.

“What I want to say is that one should go for whatever will make one happy. There is nothing new again under the sun.”
The report also noted that Esther, a 45-year-old single lady, said the new trend now is for ladies to go out of their state and culture to marry.

TRENDING NOW>>  He Should Be Arrested! See What A Man Said To A Girl Selling Banana That Sparked Reactions (Video)

“I was in a wedding where a pastor here in the north complained bitterly that Yoruba men are taking their girls away. He said when they marry them, they don’t stay in Gombe but take them to their part of the country.
“So I said why will this not be so because some of the young men that you see out there are into drug addiction, and who wants to marry a drug addict?
“The truth is many of them are not serious. It is not only men that are looking for decent and serious ladies, ladies too are also seeking decent men to marry, and that to me is scarce right now in this generation.”