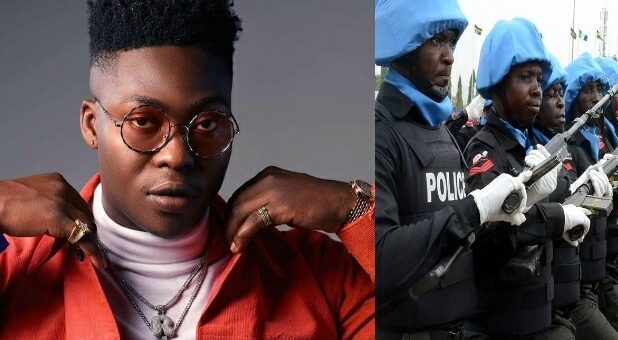 Nigerian singer and songwriter, Reekado Banks has indicated his intentions not to vote for a leader who has no plans of reforming the Police positively for the country.

Reekado Banks born Ayoley Hanniel Solomon made this known on his verified Twitter page and his tweet dated Wednesday April 7,may have stemmed from an encounter he may have had with the police attributing it to police brutality.

Police brutality has become an issue being discussed at various levels across from the corporate to the streets as well as governmental level.

The past encounter with brutality by the police against civilians ended in the loss of human lives and destruction of properties as well as many left deformed.

It would be recalled that the former Mavins Records signee had an encounter with the Special Anti-Robbery Squad (SARS) back in 2018, which seems to be what triggered this post from him.

Narrating his ordeal with SARS back then, Rekaado Banks likened SARS to armed robbers and he wrote:

“I don’t even know the difference btw SARZ and ARMED ROBBERS! The ones I met today overtook in a regular car, No uniforms, immediately pointed their guns and asked that we came down from the car, then calmed down when they noticed me. Biko what if I wasn’t me ???”