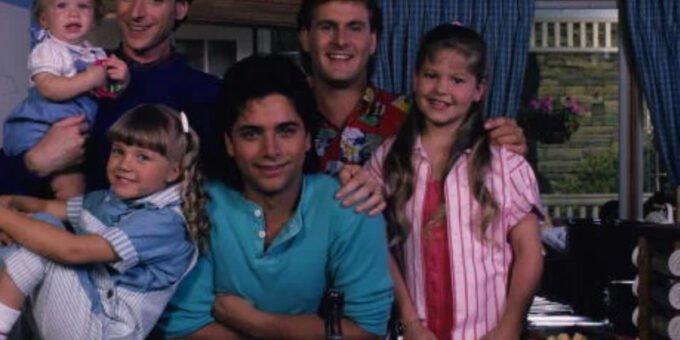 Mary-Kate and Ashley Olsen didn’t reprise their role in the 2016 sequel of Full House, and on March 19, many Twitter users speculated Bob Saget might be responsible for their absence after a video claimed so. However, that is not true. Here’s what happened to the Olsen twins.

Netflix brought back sequel to Full House as they released Fuller House in 2016. Most of the cast members from the show came back to reprise their roles. Meanwhile, some of them made guest appearances. However, one face that was missing was of Ashley and Mary-Kate. The twins alternated the role of Michelle Tanner on the show.

On March 19, several people on Twitter started ‘cancelling’ Bob after a video about his relationship with Olsen twins surfaced online. The video was posted on March 17, 2021, and titled ‘Inside Bob Saget’s Inappropriate Relationship with the Olsen Twins.’ SL04N had uploaded this 24-minute video.

The clip contained snippets from Bob’s Comedy Central roast from back in 2008, where celebrities made fun of him. The video had clips from Gilbert Gottfried’s segment where he joked about Bob’s relationship with the Olsen twins.

Many seemed to believe the content showcased in the video, and social media users went on to ‘cancel’ Bob for the same. However, the video does not have any factual evidence and is completely false.

Unlike what the video claims, Bob and the Olsen twins share a tight bond. There were occasions when they were pictured together even after the show came to an end.

At the same time, in a February 2021 interview, Bob admitted he still keeps in touch with the twins. “Whoever I was with at the moment, just like my own kids,” he said. “Ashley and Mary-Kate, I love so much. When I’m in New York or when they’re here, when we can, we see each other.”

Why did the Olsen twins not appear in Fuller House?

After Fuller House was confirmed, fans were upset to find out that the twins won’t be coming back. Producer Bob Boyett later admitted that the attempts to bring either Ashley or Mary-Kate into the show were made.

However, the twins did not think it would be a good decision at that time. He said: “Ashley said, ‘I have not been in front of a camera since I was 17, and I don’t feel comfortable acting.’ Mary-Kate said, ‘It would have to be me because Ash doesn’t want to do it. But the timing is so bad for us.”