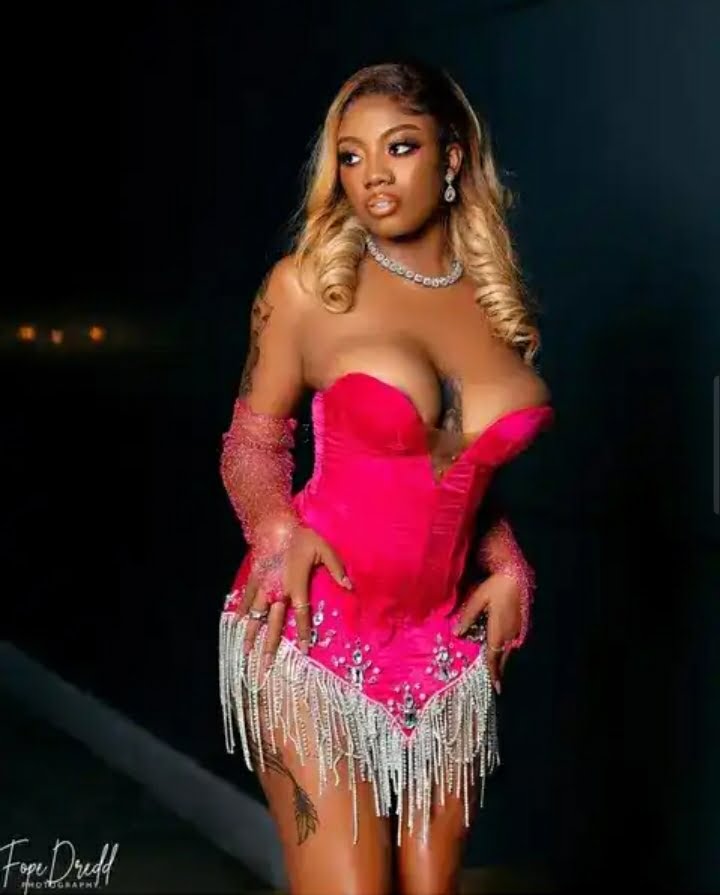 Angel Agnes Smith, the Big Brother Naija star, has said that whatever she does with her boobs is nobody’s business.

Reacting to the question about her most prized possession that she would love to insure, Angel disclosed that she would rather have her eyes insured than her sexy boobs, which she says have attracted more attention to her.

“Honestly, it’s not anybody’s business what I do with my boobs. I will rather insure my eyes because I have an intense eyes alongside my most prized possession which is my mind,” she said.

According to the 21-year-old Akwa Ibom-born writer, who was the first female contestant to enter the BBNaija Season 6 House, she knew she was going to be controversial and people were going to ‘roast’ her for wearing revealing clothes. But then, she cared less because there were so many perspectives to her personality that many people did not know.

“I am not stereotypical. I don’t think the way every other person thinks. I am strategic and smart. My most prized possession is my mind, as it has always put me in many beautiful positions.

“Actually, it has been a blessing because once my mind is active, I go to work. My mind has put me in many beautiful places and not my physical endowment or appearance. It’s my mind that took me to Big Brother and gave me this huge platform that has made so many people now want to listen to me,” she narrated.

While admitting that she has a notorious mood swing, Angel, whom many perceive as flirty, described herself as naturally reclusive.

“I am a hyper-aware character who is always very conscious of her surroundings. I am overtly moved and if anything moves, I’ll move with it. I have social anxiety to the extent that for some days, I may not feel like talking to anybody. What people perceive as me having mood swing; is me just wanting to be in my own space. I genuinely like to be in my own space and I think that’s normal,” she said.

Angel noted that now that she is in the spotlight, nothing significant would change about her personality.

“Before the Big Brother, I was a bit reserved compared to when I was in the house where I had to push my emotions aside just to participate in some of the games, even if I didn’t feel like doing it. Now outside the house, I am back to my natural self and the way I talk, dress and have fun, which I am not going to tone down, it’s nobody’s business,” she said.