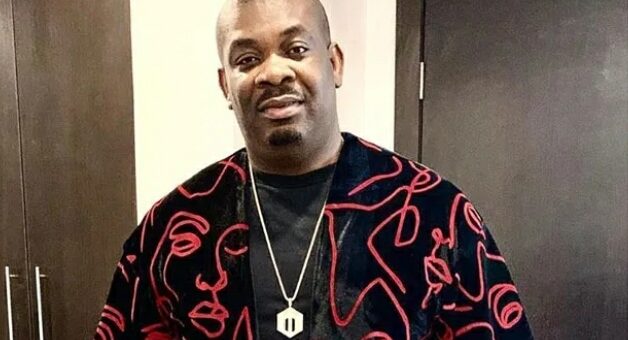 Award-winning Nigerian music producer and record label executive, Don Jazzy has responded to claims that he is broke and is living in a rented apartment.

Speaking to television personality and host of Big Brother Naija reality show, in an interview on his ‘Black Box’ show that airs Youtube, Don Jazzy said he is unperturbed by speculations about his deteriorating finances although he is not struggling financially.

Addressing the issue of living in a rented house, the Mavins Records CEO emphasized that he has several houses and owns businesses that he invests his monies into, however, there are a lot of things he does with his money and not allocating them into buying houses.

“I have several houses but this one I like more. Besides I already saw moving around the house in the morning. I didn’t want them to go and report the story the way I won’t like. Because I have been staying there for about a month or two,”

“As I saw those people moving around in the morning with cameras and by evening I had not seen any news I just said lemme just kuku post my house jeje before they will come and talk one long story. I don’t want wahala.”

“I’m not one of those people who care about the ‘do you have a house’ conversation. Yes, I moved from a rented house to my new house.”

“I don’t understand. So what I’m broke? So what? Na you dey feed me abi I don beg you for food?.”