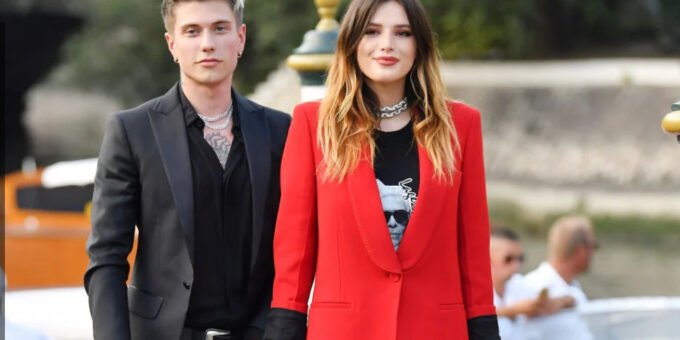 Here is Benjamin Mascolo’s net worth explored after the news that he and Bella Thorne got engaged.

The two celebrities have been very vocal about their relationship over the years and have now reached another milestone after confirming that they are engaged.

Many fans are curious to find more about Benjamin, including his career and net worth.

Who is Benjamin Mascolo?

Benjamin Mascolo is an Italian singer who has 1.7 million followers on Instagram. His music earned him an MTV Europe Music Award for Best Italian Act.

He regularly takes to social media to keep his fans updated about what is happening in his life, both personally and professionally.

Benjamin and Bella were first linked in April 2019 and made their relationship official in June of that year. They met at the Coachella Valley Music & Arts Festival.

According to Stars Offline, Benjamin’s fortune is $1.5 million which he has gained thanks to his career as a singer.

He began his music career at the age of 15 when he started uploading cover songs on YouTube before becoming part of the duo Benji and Fede with fellow musician Federico Rossi.

The band performed at several music festivals and later got signed on by Warner Music Italy.

TRENDING NOW>>  TikTok height: Where is Bryce Hall mother? his parents ( mom and dad) are on Instagram!

Following the engagement news, Bella gushed about her stunning ring on her Instagram Stories and wrote: “He knows exactly my style.”

According to Celebrity Net Worth, Bella has a fortune of $12 million which she has amassed thanks to her music and acting career.

The actress rose to fame as CeCe Jones on the Disney Channel series Shake It Up and appeared in several movies such as Infamous, Blended (with Adam Sandler and Drew Barrymore) Midnight Sun, among others .

The actress rose to fame as CeCe Jones on the Disney Channel series Shake It Up and appeared in several movies such as Infamous, Blended (with Adam Sandler and Drew Barrymore) Midnight Sun, among others .