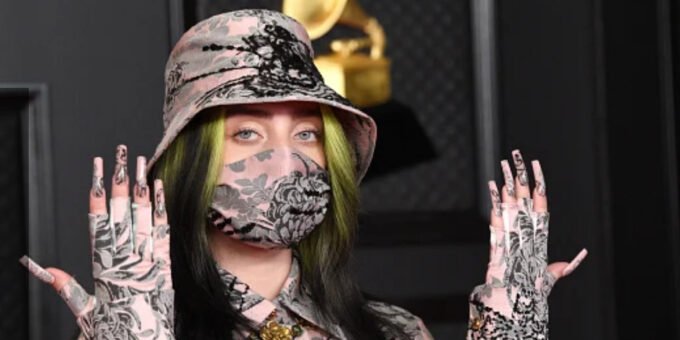 What is ‘Your Power’ by Billie Eilish about and what is the meaning of the song? Let’s explore the message behind the lyrics of the singer’s new single.

Billie Eilish broke the internet on Monday, April 26th, 2021, when she announced that Happier Than Ever was not just a single, but it’s the name of her upcoming album too.

The singer unveiled the video of another song from the album, ‘Your Power’, on Thursday, April 29th. The single is full of raw emotion and holds a special place in Billie’s heart, she has explained.

She also revealed that the song is one of her favourite ones she has written in her career so far but what is the message behind it?

On Thursday (April 29th), Billie dropped the music video to ‘Your Power’, a single part of her upcoming album Happier Than Ever which is due to be released on July 30th, 2021.

The lyrics are emotionally honest and vulnerable which hint at someone abusing their power in a relationship.

“Try not to abuse your power” says the chorus, while in the first verse, Billie sings: “She said you were a hero / You played the part / But you ruined her and you don’t act like it was hard”.

Then the lyrics change to first person which say: “I thought that I was special / You make me feel like it was my fault you are the devil/ And you swear you didn’t know / How dare you? /And how could you? / Will you only feel bad if it turns out, that they kill your contract?”

The video on YouTube has gained nearly 10 million views since its premiere.

What is the meaning behind ‘Your Power’?

Billie opened up about the message behind ‘Your Power’, saying that the song has been inspired from “different situations” everyone has “witnessed or experienced” in their lives.

Taking to her Instagram profile, she wrote: “Your Power song and video out now. This is one of my favorite songs I’ve ever written. I feel very vulnerable putting this one out because I hold it so close to my heart.

Billie previously asked fans to be “nice” to her ex

Following the release of ‘Your Power’, many of Billie’s fans started speculating whether the song is partly about her ex-boyfriend Brandon Adams.

This isn’t the first time when media attention turned on Brandon. Back in February this year, Billie dropped her Apple TV+ documentary The World’s a Little Blurry where she talked about her feelings after her break-up with Brandon.

At the time, Brandon responded to messages from social media users and wrote that “there’s always 2 sides to a situation”.

Billie also took to Instagram and asked her fans to “be nice”, writing at the time: “To the fansssss. Remember to be nice to people no matter what! I love you guys thank you for protecting me but be nice!!”