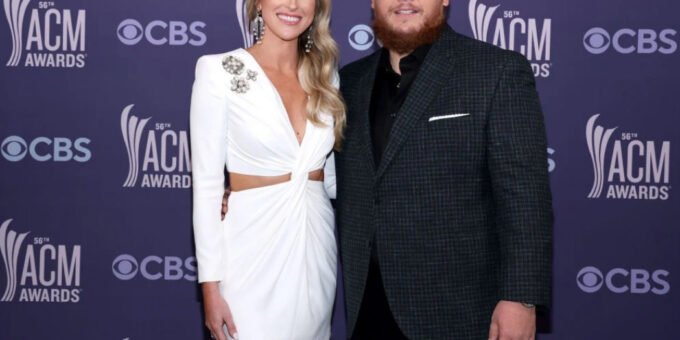 Country music fans are wondering how Luke Combs met his wife Nicole Hocking after the singer released a music video showing their wedding day. Here’s everything you need to know about their relationship.

On Wednesday, April 28, Luke Combs shared the video for ‘Forever After All’ featuring wife Nicole.

The track is the third single of a three-part trilogy about his wife as the singer previously shared, “first came ‘Beautiful Crazy,’ then “Better Together,’ and now ‘Forever After All.”

Read on to find out more about her and how they met.

Who is Luke Combs’ wife?

TRENDING NOW>>  Is J.Cole quitting music? Singer opens up about his retirement

After graduating with a bachelor’s degree in Civil Engineering from Florida Gulf Coast University in 2014, she moved to Nashville, Tennessee.

According to Country Daily, Nicole works in the recruitment department of Broadcast Music Inc (BMI) and is a social media personality with almost 800 thousand followers on Instagram.

How did Luke Combs meet his wife?

Luke Combs first met wife Nicole Hocking in May 2016 while they were both attending the Key West Songwriters Festival.

According to Country Fancast, the pair locked eyes from across the crowd and Nicole asked Luke to join her and her friends.

After the weekend’s festivities came to an end, Luke and Nicole headed back to Nashville, where they both lived.

Soon after, Luke invited Nicole over for dinner.

By September of that year, they were officially dating.

How long have Luke Combs and his wife been together?

Luke and Nicole have been officially dating since September 2016.

In September 2021, they will have been together for five years.

When did Luke and Nicola get married?

Luke proposed to Nicole sometime in 2018, announcing the news when they were in Hawaii.

After two years of engagement, they tied the knot in southern Florida on August 1, 2020, surrounded by friends and family.

Luke and Nicole both shared pictures of their special day on social media.