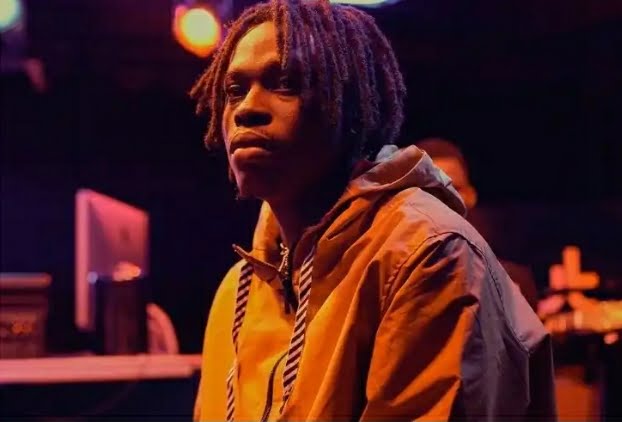 Nigerian singer, Fireboy’s reaction after his pet dog decided to amuse him for a while has sent tongues wagging on social media.

In a video shared obtained by Instablog9ja, Fireboy DML is seen playing with his dog while lying on a lawn, and after being tickled by Fireboy DML, the dog opted to also return the same gesture but it appears Fireboy could not take it.

The dog reached out to his abdominal area and ticked his ‘gbola’ and instantly, the ‘Jealous’ hitmaker screamed in fear.

Slide to watch the video;

Meanwhile, drama erupted at a nightclub during a party after a curvy lady who is endowed with an impressive backside decided to serve a musician who was performing on stage her backside by giving him a sweet lap dance.

However, this did not augur well with the boyfriend as he watched on and knowing what this could lead to considering the musician could snatch her from him, he rushed to the stage and pulled her out of the stage which caused a brief commotion between him and the musician.