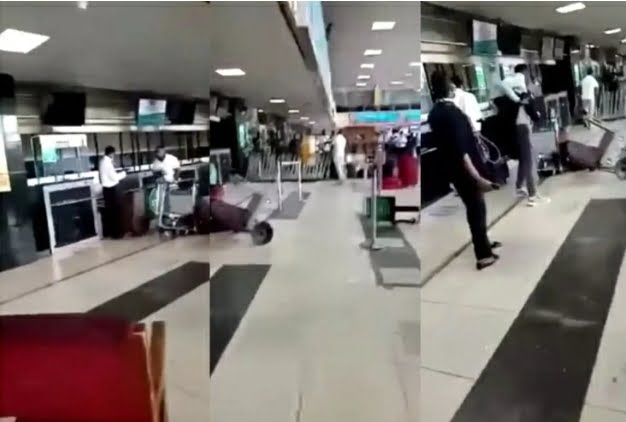 In a video spotted by wothappen.com, which is quickly gaining popularity on the internet, After missing his international trip, a man has been observed going insane and trashing everything in his way.

The man apparently blamed his miss on airport officials’ inefficiency and was furious about it, as seen by his dispersion of everything in his sight.

Some people have condemned his disruptive behavior, believing that if he had used the law, he could have easily resolved the matter, while others believe he was justified in expressing his emotions in that way.