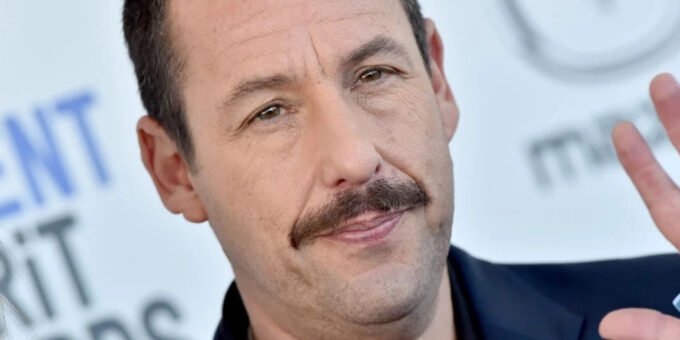 People are wondering about Dayanna Rodas, after she was identified as the waitress that turned away Adam Sandler at an IHOP Restaurant!

An IHOP restaurant worker named Dayanna Rodas reportedly turned away Adam Sandler unknowingly and now everyone is wondering more about the woman who has gone viral for her interaction with the actor.

Many peohttps://twitter.com/TrinitySejkora/status/1387743991450451970?s=20ple found the interaction between the two humorous and can be seen reacting on Twitter.

So, who is the waitress that turned him away?

Who is waitress Dayanna Rodas?

There is not much known about Rodas but here is what we were able to find. She celebrated her birthday a day ago on 28th April 2021, though her age is not known at this time.

She is thought to live in New York City and on her social media, can be seen with a man thought to be named ‘Anthony’ who may be her boyfriend, though this is not confirmed.

On TikTok, she showed herself getting a puppy without her parent’s permission. The puppy is named ‘Luka’. She can also be seen visiting the Museum of Ice Cream based in New York, which is where she is thought to reside.

Why did she send Adam Sandler away from IHOP?

In the video, Sandler can be seen approaching Rodas, where she tells him there is a 30-minute wait. Sandler calmly leaves the restaurant. Rodas posted the video of their interaction on TikTok just a few days ago with the caption “Pleaseee come back”. In the video, she writes “Not Realizing its Adam Sandler and telling him its a 30min wait and him ofc leaving bc he’s not going to wait 30mins for IHOP”.

She posted a video at a later date saying she didn’t think the video would go viral. When someone asked her why she didn’t recognise him she said it’s due to the fact that he had a big beard and the mask was blocking his face. Sandler who is known for his comedic roles in ‘Big Daddy’ (1999) and ‘Little Nicky’ (2000), has not yet made a comment about his experience at this time.

Dayanna Rodas’ Instagram handle is ‘day.dayanna’. She has 18 posts and over 2.9k followers. She follows over 300 people. Rodas has been tagged in 3 images. The very first post of hers dates back to 18th January 2020.

Rodas also has social media accounts on TikTok, where she has 11.9k followers and Snapchat, her handle is ‘dayanna.rodas’. You can follow her on her official Instagram account below.