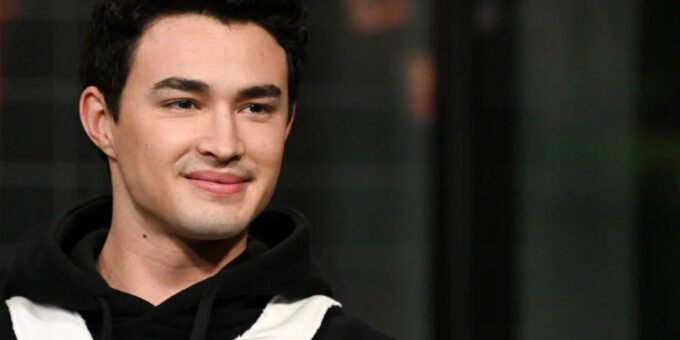 Sabrina actor Gavin Leatherwood has often been rumoured to be dating co-star Luke Cook. Luke took to Instagram to address those rumours.

Gavin Leatherwood is known for his role as Nicholas Scratch on the Netflix fantasy series Chilling Adventures of Sabrina.

As a popular name in the industry, Gavin’s personal life is always of interest to fans and viewers around the world.

Let’s find out whether the actor is in a relationship as of April, 2021.

Luke Cook took to Instagram to joke at the ongoing speculations that he and Gavin are dating or have dated in the past.

Alongside a series of snaps with Gavin, Luke wrote: “Soz not soz @gavinleatherwood.” In one of the pictures, the actor poked fun at the fact that when you search ‘Gavin Leatherwood dating’ on the internet, Luke Cook’s name pops up.

“If it’s on Google, then it’s true,” joked one person in the comment section.

“This friendship is the best thing that caos leave for us,” added another fan in the comments.

Those of you who have followed Luke on social media for some time, are well aware that the Australian actor has a wife called Kara. They welcomed a son named Chaplin, in November last year.

Who is Gavin Leatherwood dating?

It’s understood that the American actor is currently single.

Gavin hasn’t revealed whether he is dating someone and his latest social media posts do not indicate that he is in a relationship at the moment.

But of course, romance speculations around the actor’s life are abundant and he has been rumoured to be dating other Sabrina co-stars as well. In 2019, Gavin was linked to Brittney Rippeon and Kiernan Shipka.

TRENDING NOW>>  Who is Alyssa Scott? Has she worked on Nick Cannon’s show Wild ‘n Out?

Meanwhile, it’s important to note that Gavin also poked fun at the rumours that he and Luke have been an item in real life.

Alongside a snap with Luke in May last year, Gavin wanted to make it “abundantly clear” that he and his co-star “have been dating for over a year now”. Clearly, Gavin wanted to joke around with his fans after so many false rumours.

“Just to make it abundantly clear… @lukecoook and I are and have been dating for over a year now. Here’s a pic the morning after a night of vigorous love making,” Gavin tweeted at the time.