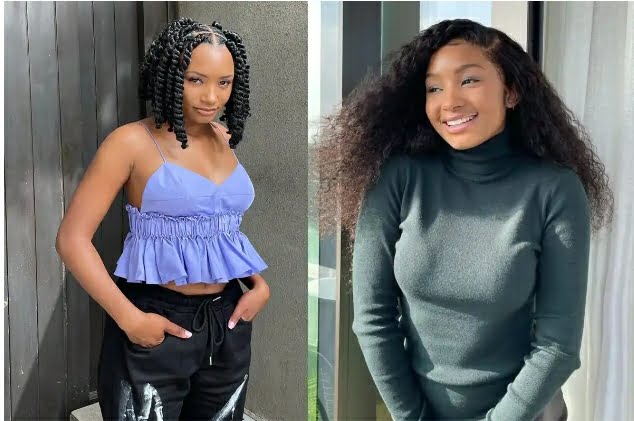 Billionaire’s daughter, Temi Otedola has disclosed that she is not the type of person who would ever shed tears when she breaks up with a man.

According to Temi, she’s the type of girl that goes out on Friday night to have fun after a breakup hence she wouldn’t have time to nurse her wound and feel sorry about herself.

She made the disclosure in her latest episode of her vlog as she responded to questions by fans who asked her on what she would do when she breaks up with her boyfriend.

Temi explained that she would never cry over a breakup because she’s a “combat girl” who doesn’t feel sorry about herself for more than 48 hours.

MORE:  Comedian, Mr Macaroni Calls Out Producers & Directors In Nollywood Who Sleep With Upcoming Actresses Before They Give Them Roles

She said, “It might sound savage but I’ve never been like those you see in the movies where they’re in bed crying and eating ice cream. I can’t lie, it’s never been me. I’m a combat kid in many aspects of my life.”

“If I’m feeling shitty about something, give me 48 hours. If something like a breakup has happened, I’m that kind of girl who goes out that Friday night. I just like to forget my problems and keep moving.

“I ask myself what I’ve learned from that situation and what’s next. We move. I can’t come and die over a man.”

She also spoke about her mental health and said: “A lot of people deal with depression. I won’t say I’ve ever been completely depressed for months. But have I been in that state? Yes. I probably deal with anxiety much more or intense panic attacks.”