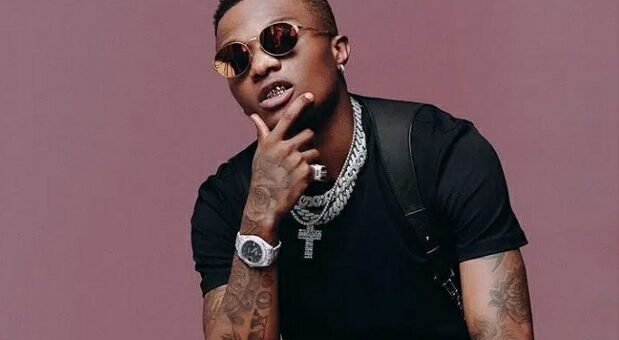 Afrobeat singer Wizkid has lamented as his fans in the UK demand a 3rd date for his Made In Lagos concert in London which is slated for 28th and 29th November at the O2 Arena.

The original date for the show was 28th November but Wizkid had to add 29th to it after tickets were sold out 12 minutes after release and the demand was still high and now he has sold out the pre-order once again and people are still demanding tickets.

Some fans in the UK are demanding the 3rd date from Wizkid and he seems to be surprised with that and looking at things he can’t perform for continuously 3 times at the O2 Arena without resting but people are still demanding tickets from him to be able to make it to the show.

TRENDING>>  Is This Love? Or Is She Just There For The Money? Checkout These Pictures And Decide For Yourself

According to some of the fans, Wizkid should just make it a week celebration in London and have peace because the number of people that love him in the UK is so huge, others were warning him to make sure he gives them a 3rd date for the show and that is the minimum days he should have slated for the UK because of his huge fanbase there.

Some advised Wizkid to forget the multiple dates at the O2 Arena and just give them a stadium show saying he is truly underestimating how many people love him in the UK since the Arena that takes about 20,000 people isn’t enough for them.

Looking at how things are going, Wizkid would have to either give the 3rd date or give London a whole week show or give them a stadium show to capture everyone who wants to be present at the concert or else he would have to cut some fans off by ignoring them.