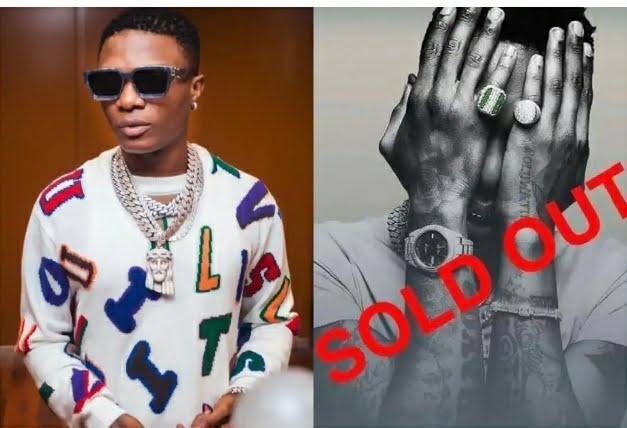 Afrobeat singer Wizkid has made another history by selling out the O2 Arena for his second show within 2 minutes expressing so much love for the people of London and the UK at large.

Wizkid sold out his first ticket for the Made In Lagos concert in the UK within 12 minutes and was asked to give them a second date which he did by adding 29th November and has sold out the ticket as well.

If it’s indeed true that Wizkid sold out his second show within 2 minutes then it means over 20,000 people was ready for the tickets and they were all served within 2 minutes and that has made him break his own record of selling out the Arena within 12 minutes.

Wizkid has once again put Africa out there and it’s quite unfortunate that some of his fans in Africa are trying to pull him down by claiming he’s just trying to chase Clout as he didn’t sell out the Arena for the second time within 2 minutes saying a single person bought the whole ticket to resend it.