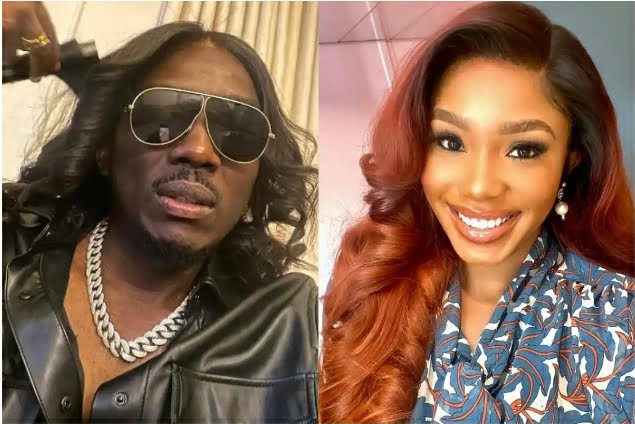 Comedian Bovi has got his colleagues and everyone laughing with his new looks after putting on his wife’s wig but actress Sharon Ooja thinks the wig doesn’t suit him and he would have been ugly if he was a lady.

Comedian Bovi put on the wig to an event which theme was something about humor just to put smiles on the faces of others and he actually achieved that because everyone ended up laughing while reacting to the photo and video he shared on Instagram.

But Sharon Ooja and some others think Bovi would have looked ugly if he was a girl and with a lot of attitudes looking at how he was behaving in the video doing his thing as a lady and also trying to look cute in the video and photo he shared.

MORE:  Wizkid FC Accuse Tiwa Savage Of Stealing The Dance Move Of Their Favurite For Her Song – Video

Bovi is very funny and delivers very well hence his looks alone to the event depict the theme that was about humor because looking at him alone wearing the wig without saying a word is very funny with his facial expression.

Juliet Ibrahim on the other hand thinks the new look of Bovi suits him while others were just laughing at his attitude and trying to look cute in the video but we think Bovi nailed the looks and delivered on the theme as well.