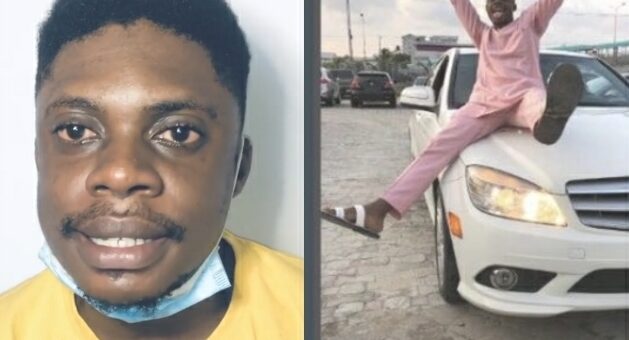 Popular Nigerian comedian Ebiye Victor has shared an insightful nugget about poverty and getting rich.

Ebiye cited on Twitter that a person journey to becoming rich starts the moment he or she drops the mentality or mindset that he is poor.

Instagram users concurred with his submission and also shared their opinions to compliment his statement on facts or keys to becoming rich.

The moment you refuse to be poor, you become rich’

@nawtymag: You don pay the man wey sell Benz for you bro, asking for a friend

@sososoberekon;There are two types of poverty: Money poverty and character poverty. Both are to be hated with equal passion

@dapo05: So millions of Nigerians in poverty have not refused to be poor yet,??

@kunlereal:Una go just sit down form quote.. just like saying if you throw stone up , e must come down

However, you would recall that about some weeks ago, Victor Ebiye was called out by the car dealer who sold the Benz to him claiming he still owes for the car he bought.

Fortunately, Victor has been cleared of the debt as he announced on Twitter that he received a cash gift of N500k from a total stranger thus has completed the payment of the car.

TO WHOM IT MAY CONCERN 900k PAID !
Thank you to everyone that supported! I would love to specially appreciate some people because without them, I would never have survived this.

And everyone that told me keep them anonymous ( you know yourselves )
-Also special Thanks to everyone that also booked me for events and used my platform to promote their businesses.