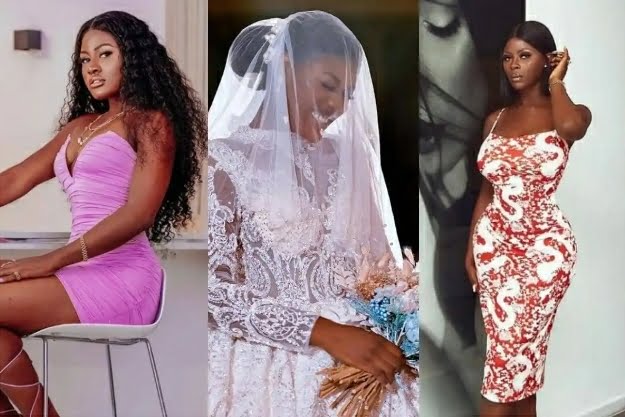 BBNaija star Alex Unusual has jokingly referred to her friend Khloe as senseless after she called her mumu while wishing her a happy married life because of some photos she shared wearing a wedding gown.

Alex Unusual was the model for this brand and she wore one of their wedding gowns to advertise for them and even though it was just an ad, she looked really beautiful in it and her caption was directed to her future husband telling him what to say in case he doesn’t know what to say.

Almost everyone reacting to the photos talked about how lovely she looked and were also laughing at her caption for telling her future husband what to say on their wedding day and her friend Khloe reacting to that called her mumu.

Knowing perfectly well that it was an ad and nothing serious, Khloe decided to catch cruise hence wished Alex Unusual a happy married life but then referred to her as mumu, and Alex in turn referred to Khloe as senseless for calling her that.

Alex Unusual replied to Khloe’s comment saying one sense like this, she doesn’t have and we all know it’s nothing serious as the two friends usually tease each other and catch cruise with their posts and this is just one of them.