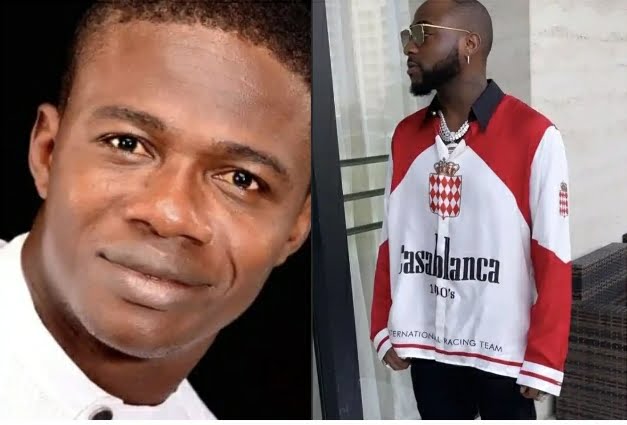 Davido will not enter heaven if he does not pay his tithing from the money he got from his friends and fans during his crowdfunding campaign, according to a Nigerian pastor.

Goodheart Val Aloysius, a Calabar-based preacher, was the one who made the announcement.

This follows the award-winning musician’s announcement that he had raised over N190 million and would use it to benefit orphanages across Nigeria.

The man of God is the head pastor of Father’s House International Church, and he wrote on his Facebook page:

“Brother Davido, I’m concerned you won’t make it to heaven if you don’t pay tihte from the money donated to you by your friends.”

MORE:  Pastor Nabbed For Reportedly Fing£ring A Little Girl And Trying To Use Blood From Her V*agina For Spiritual Work For His Church’s Growth (VIDEO)

The following are some of the responses to his post:

Goodheart Obaseki Agharese Aloysius Val You should be ashamed of yourself for allowing Davido to womanize, have several baby mamas, drink, and club while knowing that his place in heaven is secure, but as soon as he doesn’t tithe to you, his place in paradise is jeopardized! Isn’t it obvious that your deity is your stomach? You, mammon’s son

MORE:  BBNaija Khloe And Frodd Demand Their Own Houses And Cars From Their Fans

Vincent, Charles Ojochide – Fortunately, there are various Heavens. I hope I don’t wind up in the same kind of Heaven as Mr Tithes, who was plagued by his concerns.
PS. To become viral, there are more sensible things to say.