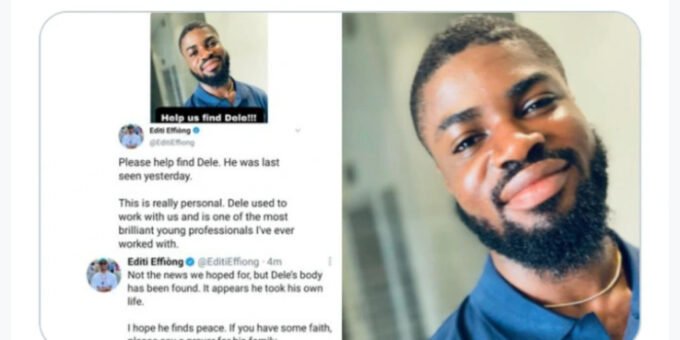 A Young Man Identified as Dele, Has Taken his own life after he battled with depression for over seven years.

According to Dele Last Message which he shared on his Instagram story before he took his life, he has been suffering from depression for over 7 years and he decided to end the pain. The Young Man was also having issues with his girlfriend in his relationship which also contributed to his decision to take his life.

In his letter, He wrote an emotional letter to his relatives to help look over his mother. Dele also sent a message to his lover and Ask for forgiveness before he took his life.

See Screenshots of his last posts below

After he posted the message on his Instagram story Yesterday, friends and Family where worried and began searching for him. He was later found in the early hours of today but was already dead.

Heart Breaks and Depression are becoming very common among youths in the society today. I urge everyone going through something similar to always try and speak to people who will encourage and Motivate them

Suicide is never the option.

May the Soul of the Departed Rest in Perfect Peace. Amen.

Please Kindly Drop your comments on this and Share