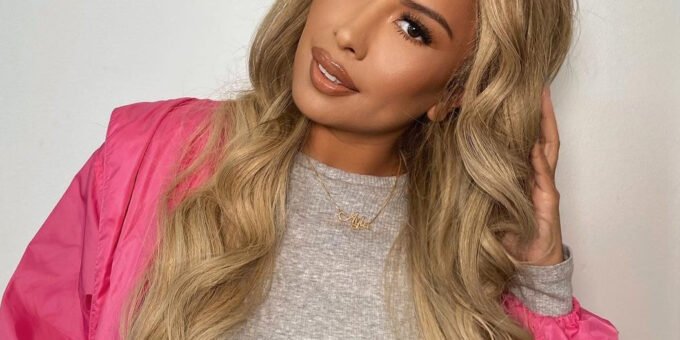 Yris Palmer is a renowned entrepreneur in the United States, known for her false lashes company known as Star Lashes. She is also popular for hanging out with various celebrities such as Christina Milian, Kylie Jenner, and Ariana Grande.

The successful entrepreneur started her career as an actress and explored dealing in false lashes as a side hustle. The business turned out to be very successful, especially after she started getting celebrity clients and gaining popularity.

Where is Yris Palmer from? She was born and raised in Los Angeles, in the United States. The American was born to immigrant parents, who are Salvadorian. In her Instagram bio, she identifies herself as Latina.

Yris is the youngest in her family. She has an elder brother named Dan and a sister named Maggie. Dan is thirteen years older than her, while Maggie 10 years older.

Palmer was already working by age fifteen in a Mexican restaurant as a hostess. She was raised in a humble background and knew the value of hard work from a young age.

The entrepreneur attended Fairfax High School in Los Angeles, and she had good grades during her school years. She was also a cheerleader during her time in high school, and she enjoyed this a lot.

Yris later joined college, but she left before completing her college studies to pursue a career in acting.

Palmer moved to London to start a career in acting. During that time, she did not have a job, and she needed to be working on something that could earn her a living.

she noticed that most ladies that she met in London were wearing lash extensions. She thought that she could explore that area of business, which is how the idea of her lash extensions company was birthed.

Yris started her lash extensions company, which she named “Star Lash”, in 2014. The entrepreneur kept working on her business and would do anonymous Instagram promotions, either herself or through friends. She started by working in her parents’ apartment before she rented a space at a medical spa. She later opened a beauty store called “Star Lash Beauty Bar” in LA.

She has since worked with various other celebrity clients, including Ariana Grande and Kylie Jenner. She has often been seen hanging out with various celebrities, and at some point, Kylie Jenner introduced her as one of her best friends. This attracted a lot of media attention to the self-developed false lashes expert.

The entrepreneur has an estimated net worth of $1 million. She has made this from her lashes company, as well as from her brand partnerships on her social media.

Palmer believes in charity and has partnered with a Woman Educating Community of Salvador.

Yris Palmer married Staforde Palmer on December 9, 2015. They had met back in 2011 in Las Vegas and started dating. The couple welcomed their daughter Ayla Palmer on March 26, 2017.

During their dating period, the two were in a long-distance relationship since Yris was living in the USA while Staforde lived in the UK. Work commitments saw them staying away from each other even after they got married.

The marriage didn’t go well, and they part ways. Yris announced her separation from Staforde in a YouTube video in January 2020, stating that they mutually agreed to go their separate ways. She also said that they had agreed to have joint custody of their daughter.

After that, she began dating Troy Daniels, a professional basketball player. She has posted some photos with him on her Instagram account.

Palmer’s squad has been accused of having undergone plastic surgery to look as great as they do. The girl squad, comprised of Kylie Jenner, Palmer, Anastasia Karanikolaou, and Sofia Richie often posts photos showing off their beauty.

Some people claim that they have undergone plastic surgery to get such great bodies. However, Yris has not addressed these comments, but her friend Kylie has negated the claims, while Anastasia openly talks about having undergone breast augmentation.

Yris Palmer’s height is 5 feet 2 inches, while her weight is around 55 kg. The social media star has dark brown eyes.

Palmer is a famous social media influencer. She has a massive following of 967k on her Instagram account. She is also on YouTube and currently has 76.3 K subscribers.

Yris Palmer is a phenomenal woman. She continues to thrive, and given her passion and commitment, she can only keep advancing.

Wothappen. recently published an article on the biography of Milica Krstić. Milica is a popular celebrity wife. She is married to the Dallas Mavericks basketball star Marjanović. Before their wedding in 2014, nothing about her was in the limelight.

Milica’s fame came because of her husband. Despite this popularity, much about her is unknown. Her biography here unearths critical details about her, such as her place of birth, age, and much more.